The O3 Pre-Stabilized Laser System delivers an extremely stable (in frequency, power and position) beam to Advanced VIRGO interferometer. The system described in this page has been running since January 2018 and was in operation for gravitational wave detection from the beginning of the O3 observation run the 1st april 2019 to its end March 27th 2020 leading the detection of approximately one binary merger candidate a week with 76 % of the time available for scientific measurement. It is based on Nd3+ doped cristals and provides around 65 W in a single frequency, continuous wave, single transverse mode. It replaces the O2 Pre-stabilized laser system 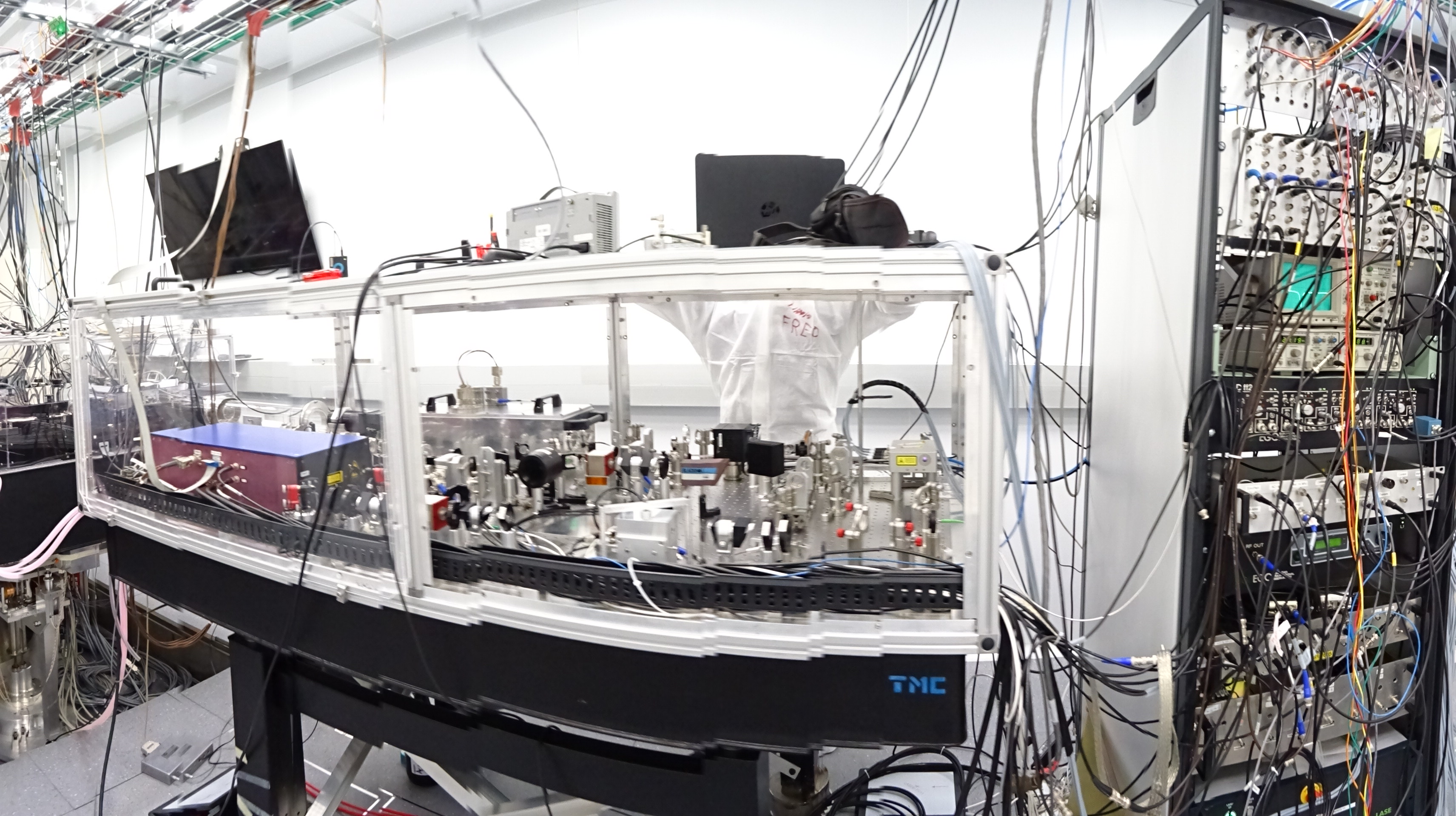 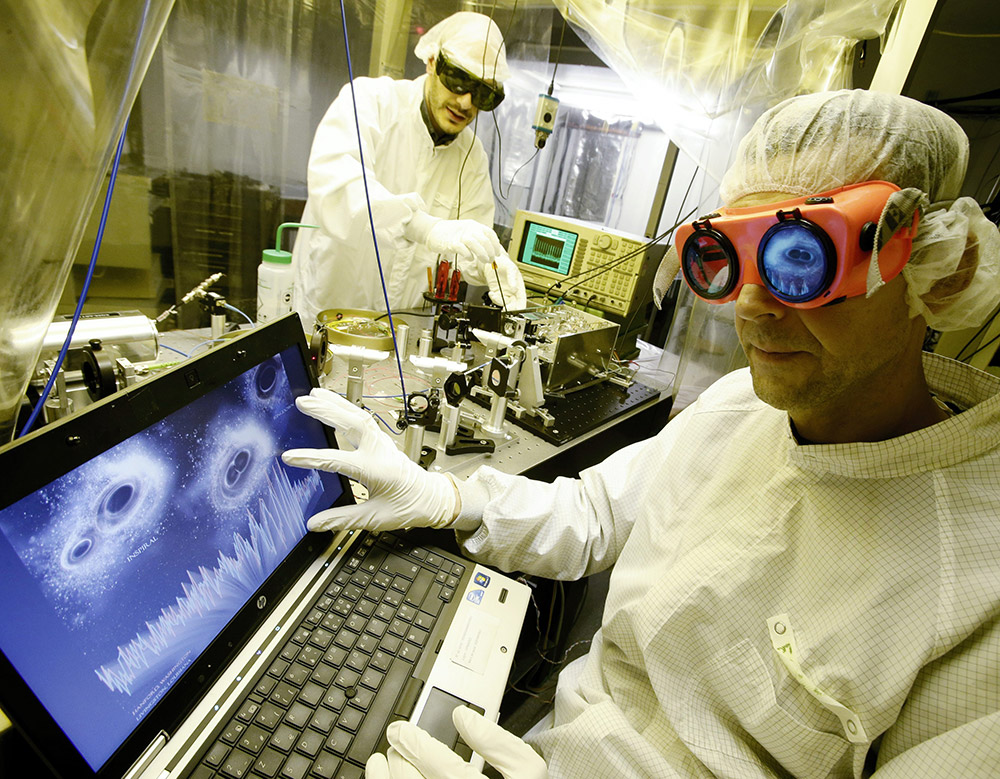 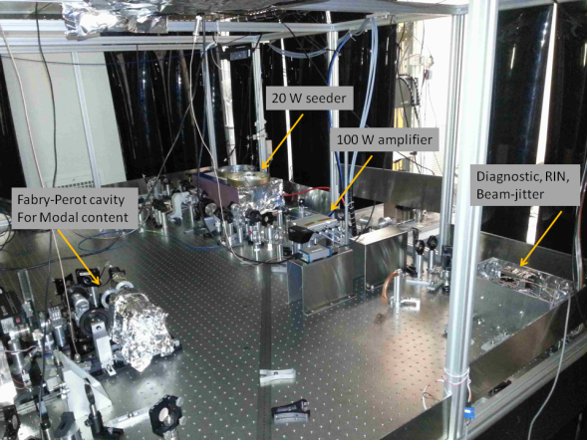 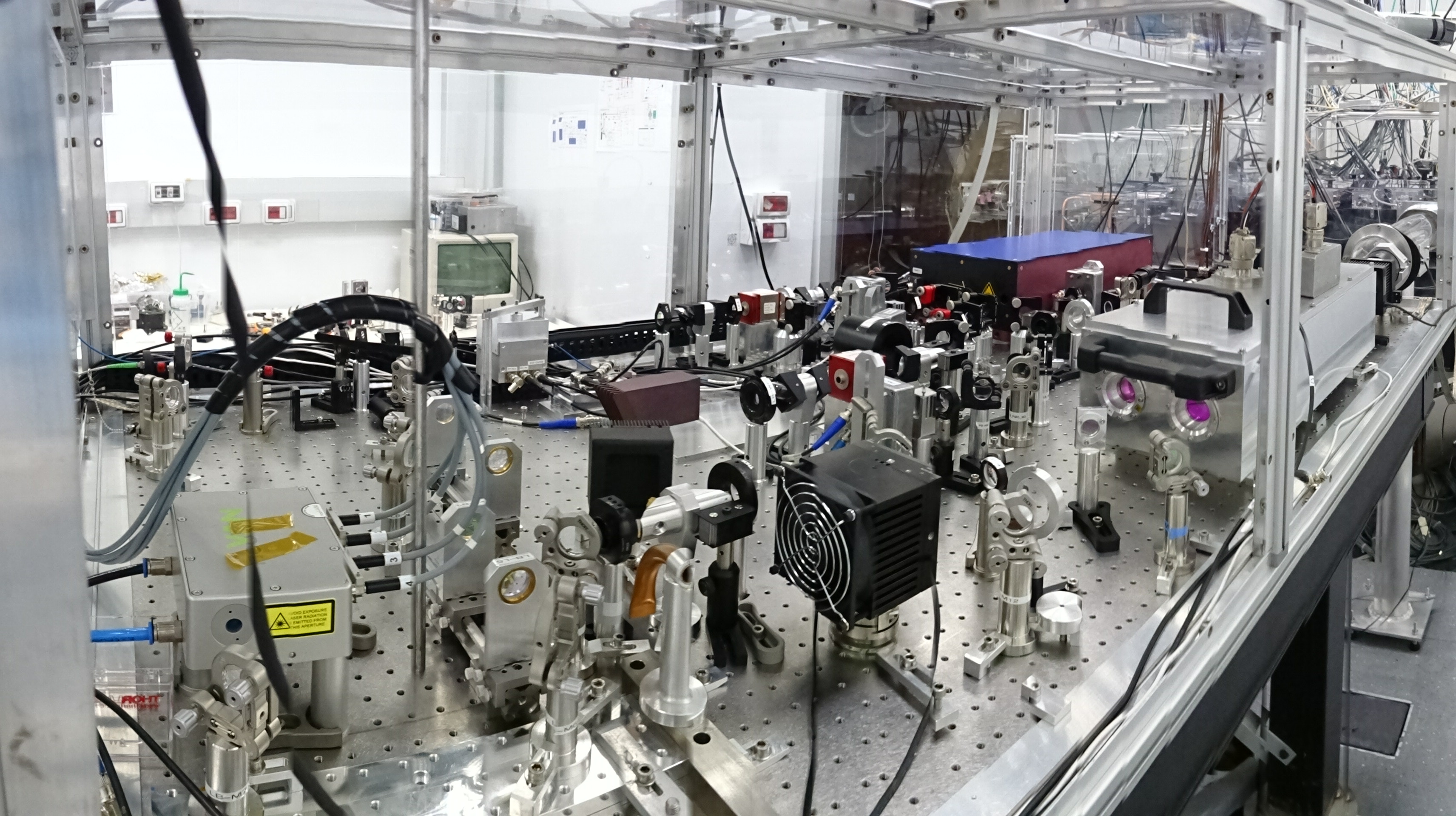 The goal is to reach a power spectral density of relative intensity noise of  1,2x10-9 1/Hz1/2 at 30 Hz at the input of Advanced VIRGO interferometer 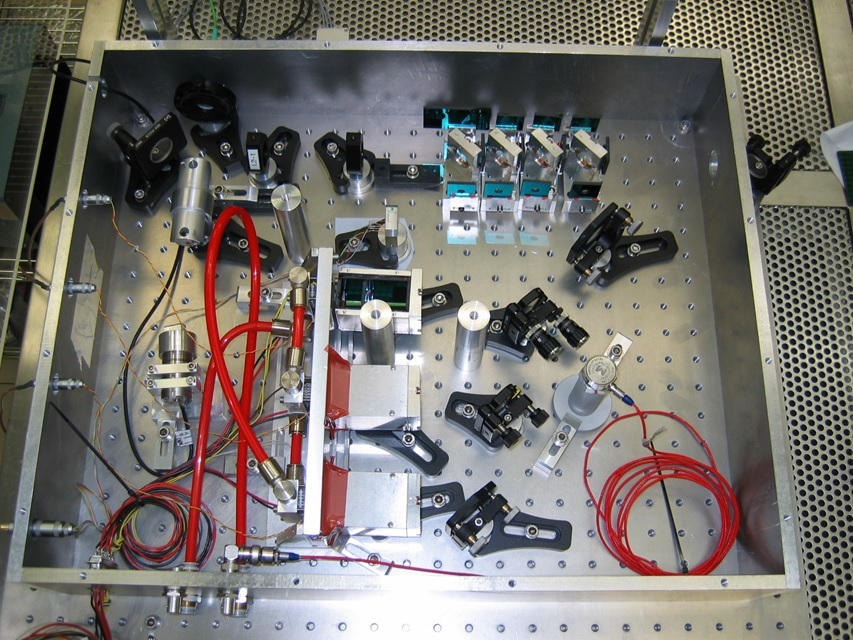 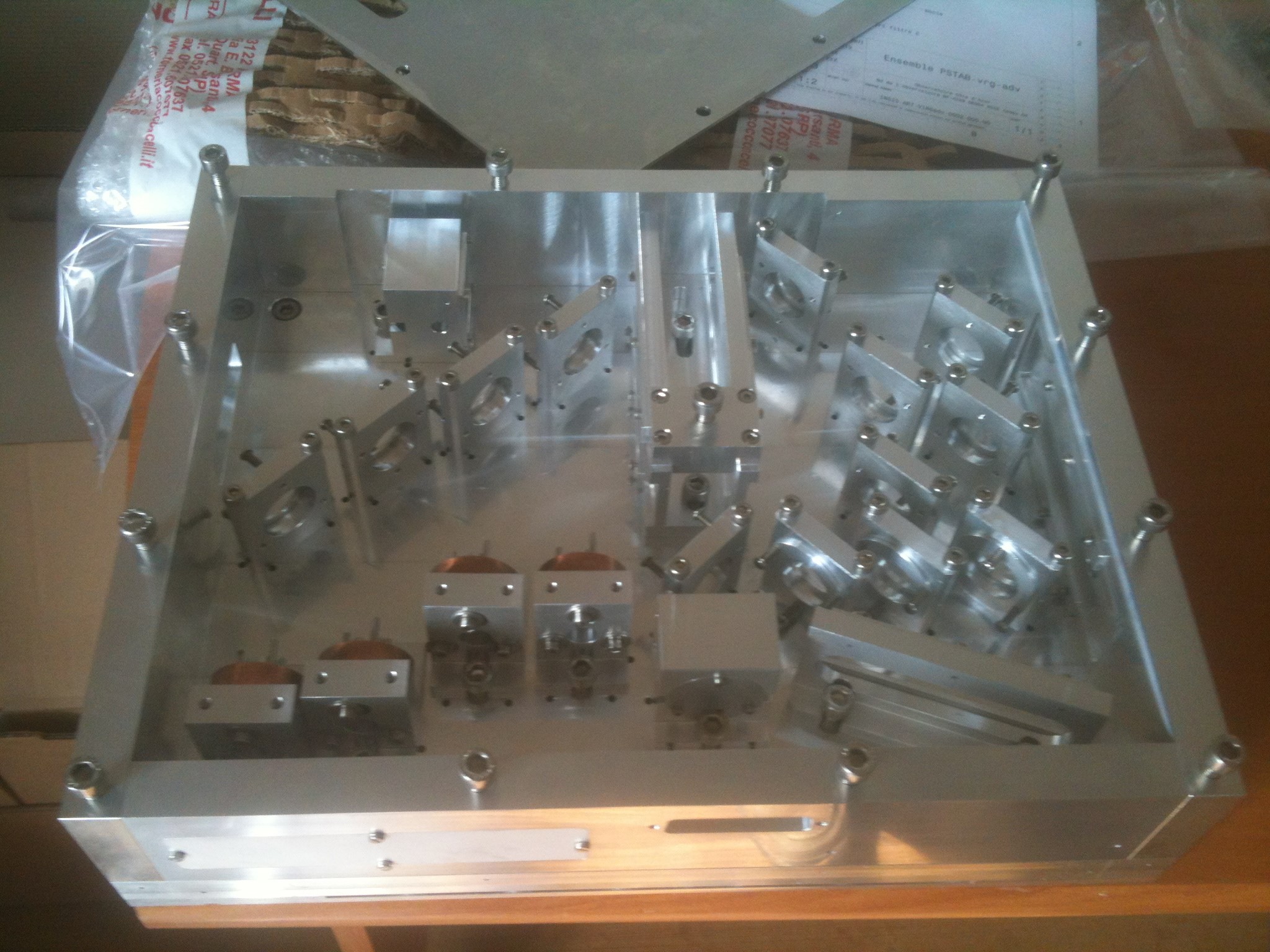 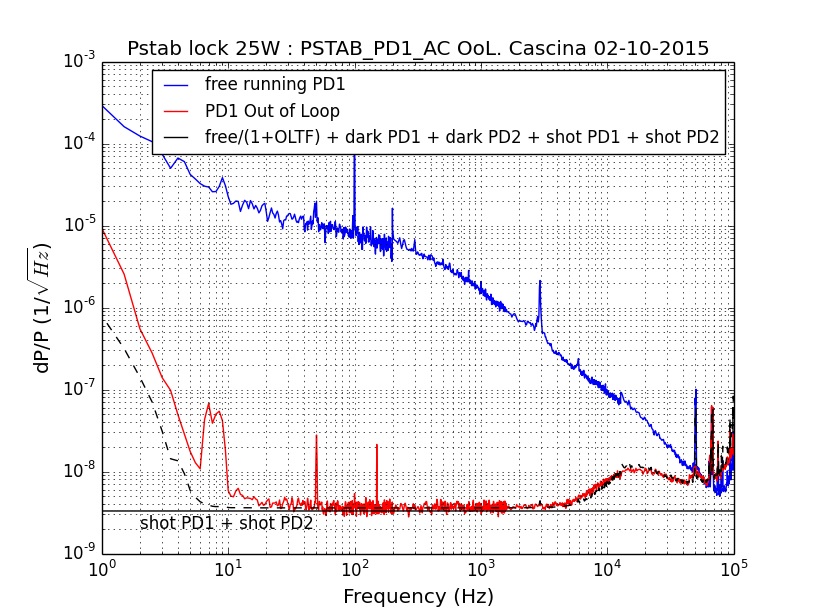 Fig. 3 : Performance of the power stabilization on site (with a power lower than the nominal power). The stabilization is limited by the shot noise between 10 Hz and 4000 Hz reaching 2.5E-9 /Hz^1/2 (out of loop result divided by 2^0.5) 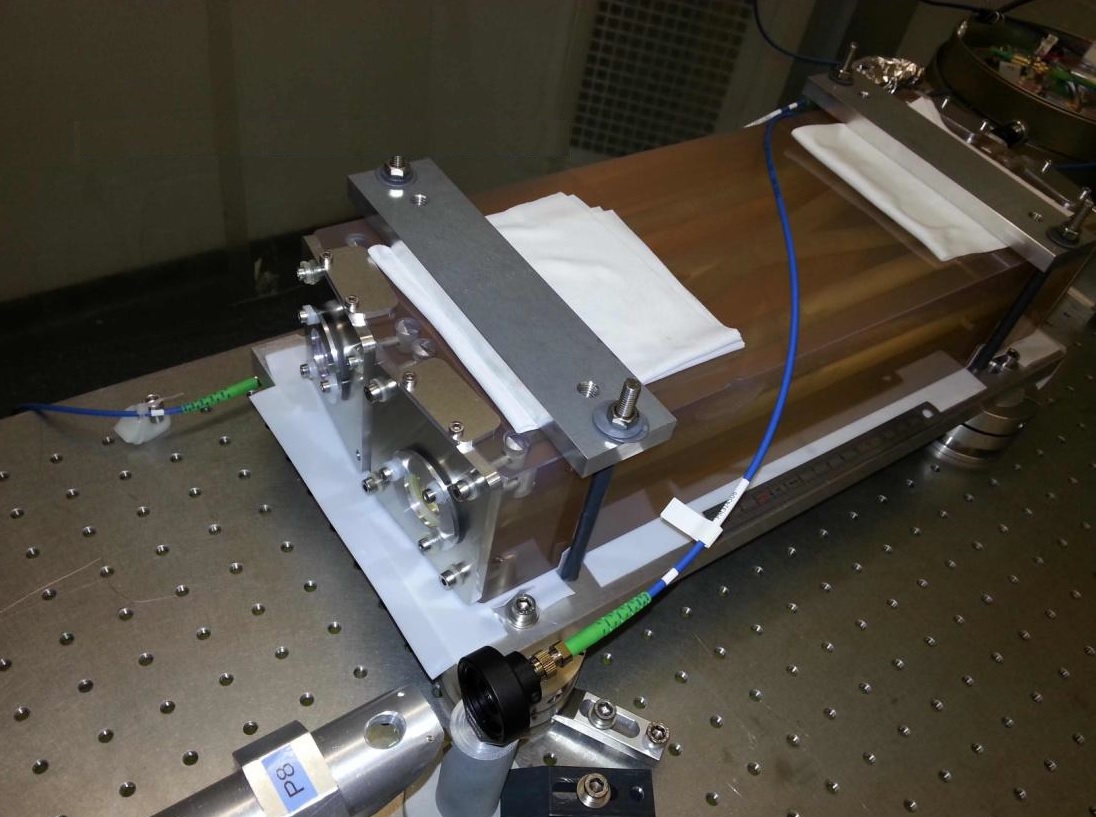 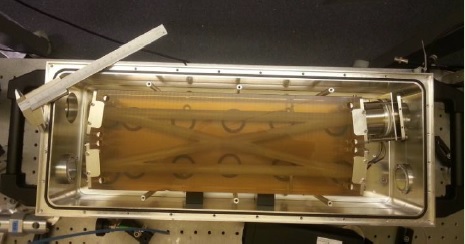 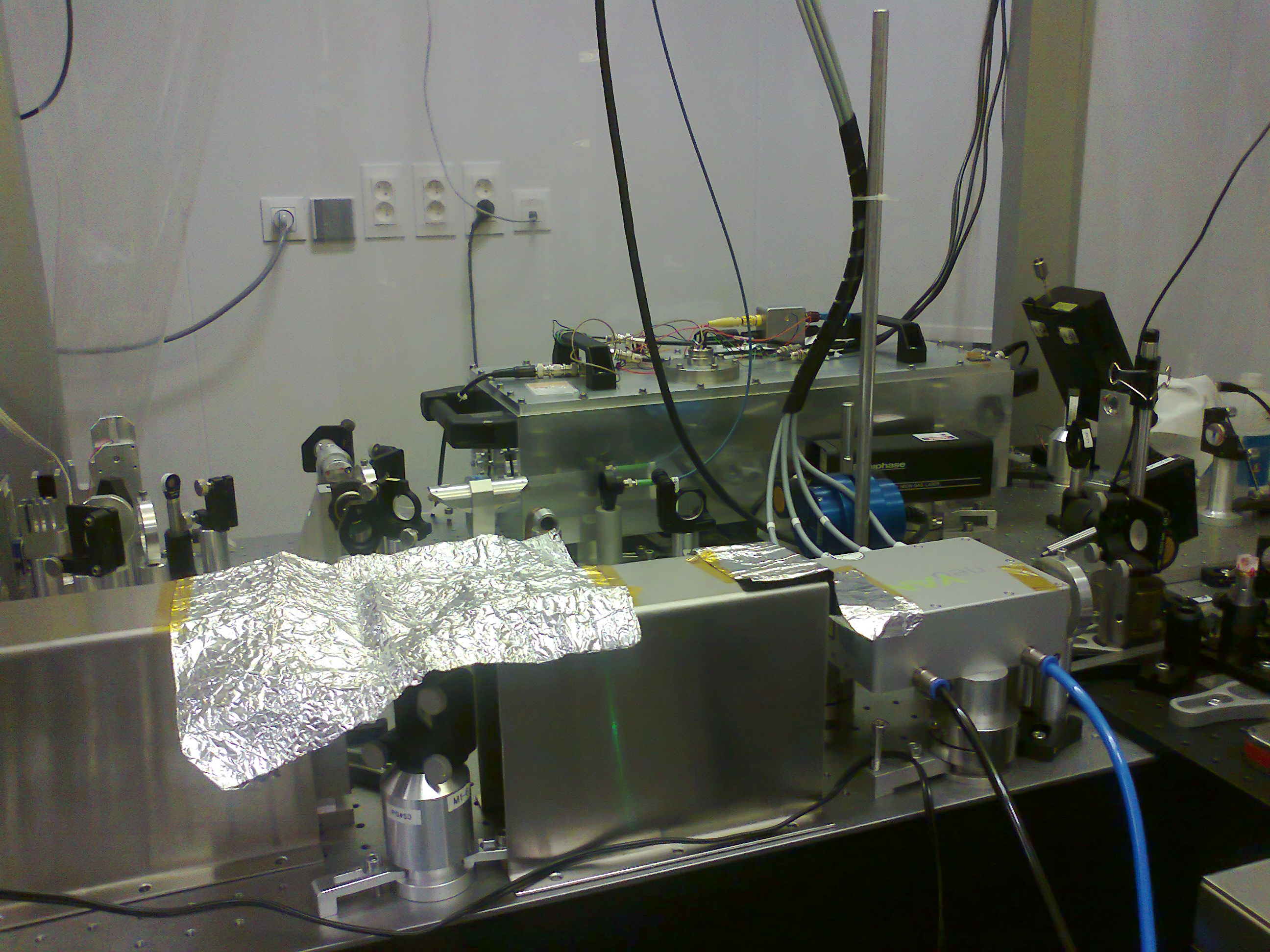 (PMC on test bench in ARTEMIS) 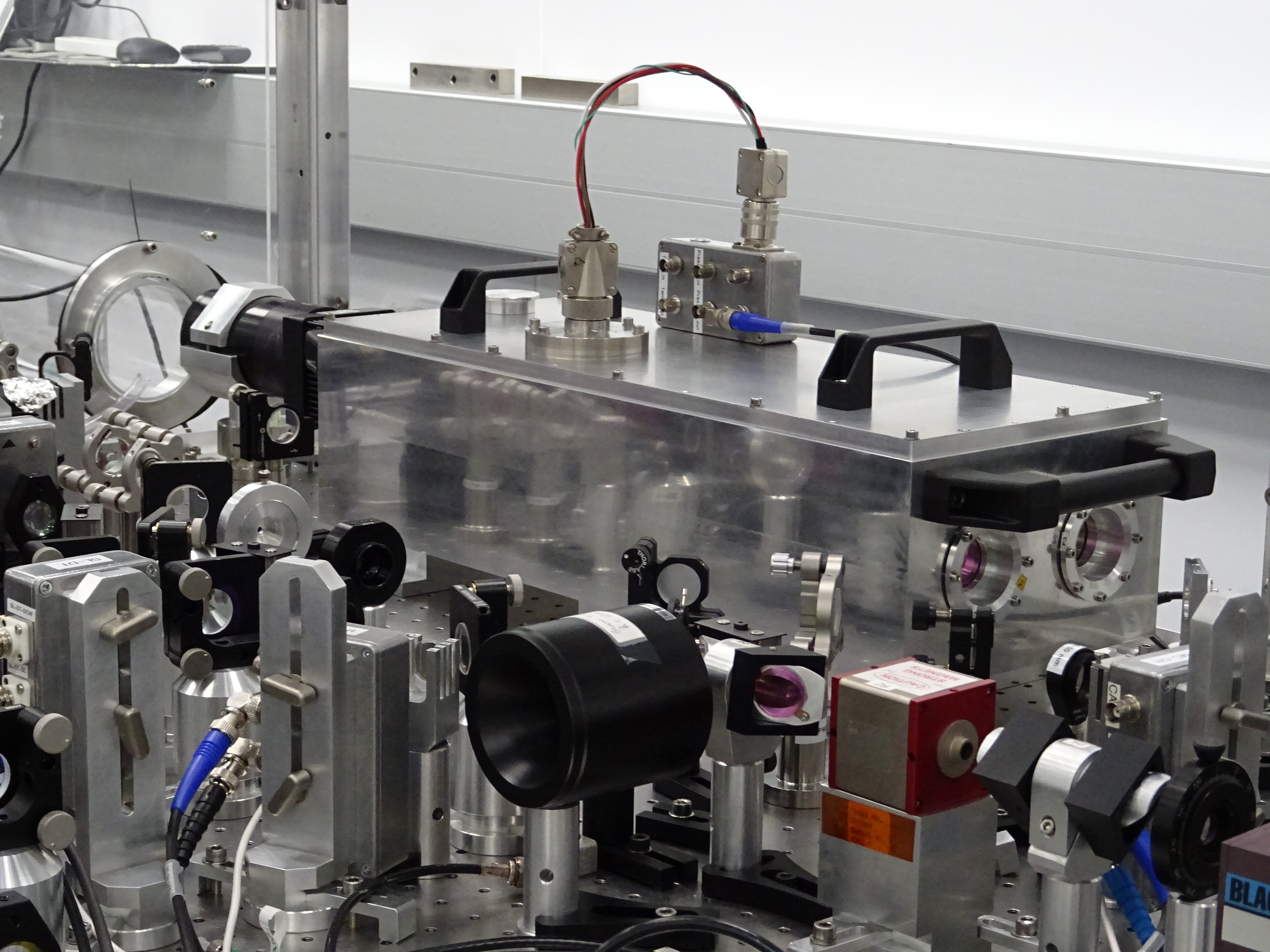 Coherent beam combination is a possible solution to manage current maximum power limit of optical amplifier and reach the target power of 200 W for the final configuration of Advanced VIRGO laser system. We have studied the principle of the technique with 50 W fiber lasers and performed detailed noise measurements regarding the power, frequency and spatial parameters on the combined beam 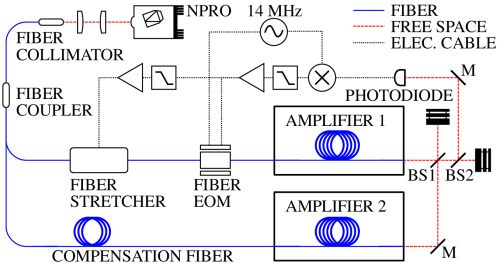