The O2 Pre-Stabilized laser system was the laser bench used for the first run of observation of Advanced VIRGO from December 2016 to August 2017. During this run of operation VIRGO interferometer realized its first detection of gravitational wave from a black holes binary merger the 14th August 2017 and the first detection of neutron star merger with electromagnetic counterpart the 17th August 2017.It has been replaced by the O3 Laser bench in december 2017. 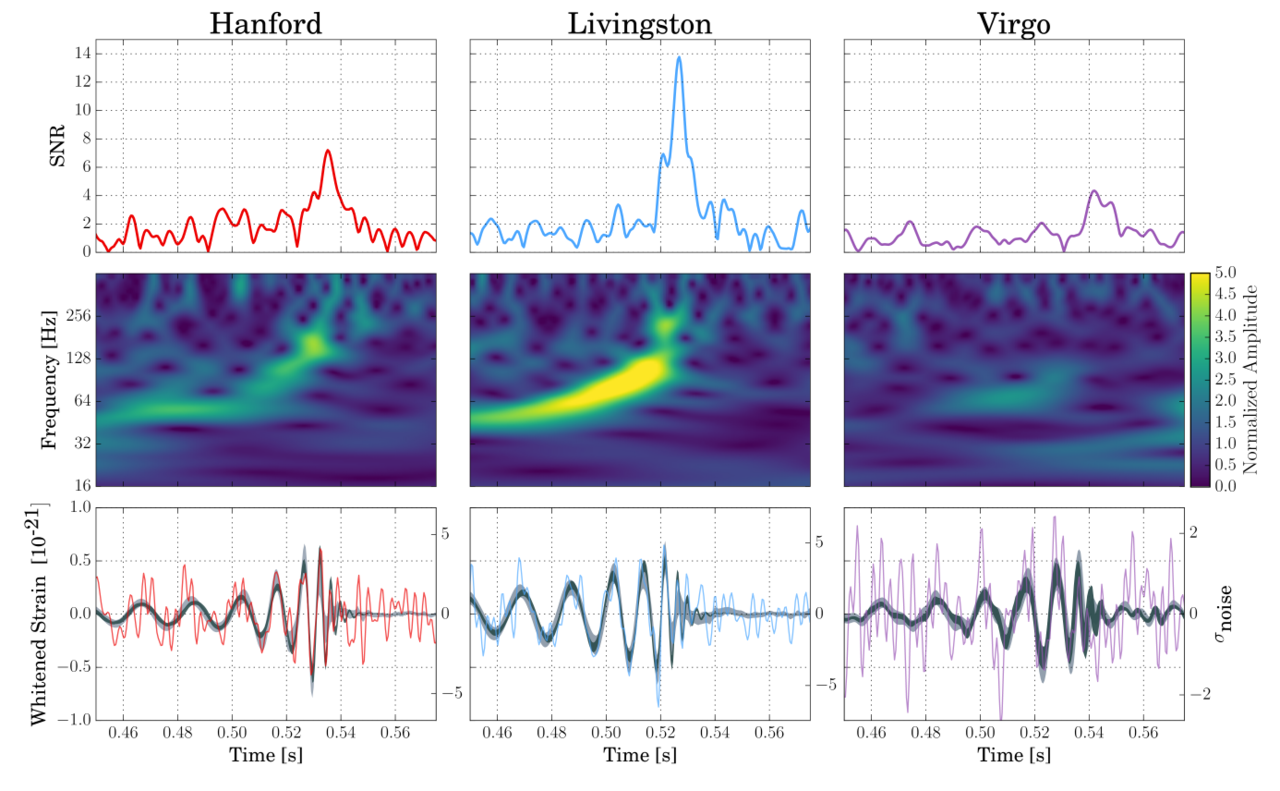 Left picture : Signals of the first detection of a gravitational wave by Advanced VIRGO the 14th August 2017

The 60 W laser bench was based on the laser bench used for VIRGO+ phase of VIRGO. It was reinstalled from automun 2013 for the building, commissiong and first run of Advanced VIRGO. The bench comprised a 20 W Nd3+:YAG laser injection locked onto a non planar ring Nd3+:YVO4 Laser and amplified by a 60 W 4 Nd3+:YVO4 cristals amplifier. The laser beam was filtered by a triangular Fabry-Perot cavity before being delivered to the injection bench of Advanced VIRGO

>Back to PSL main page 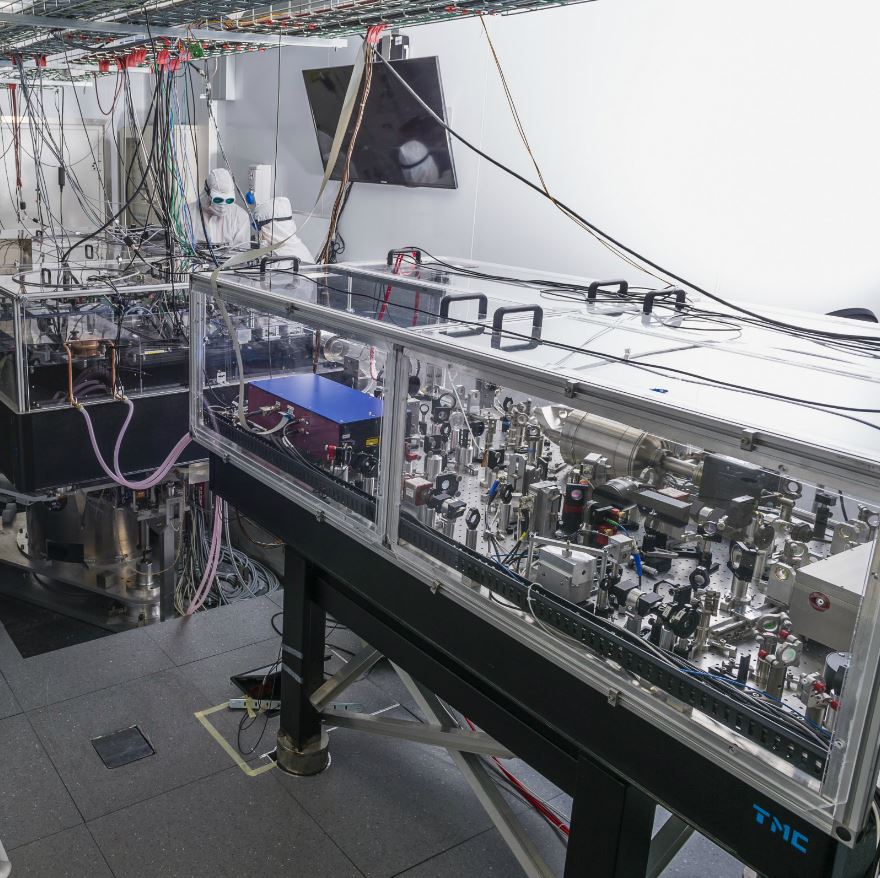